Where Were All the American Designers at Super Bowl 50? 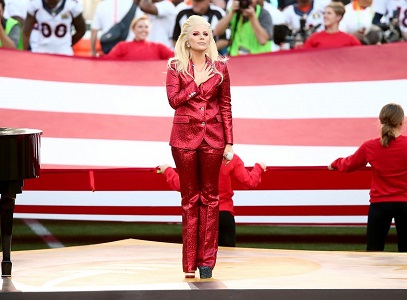 Where Were All the American Designers at Super Bowl 50?

Few things at last night’s Super Bowl were more patriotic than Lady Gaga singing—nay, belting out—the national anthem in a glittering red suit, her nails painted Old Glory blue, and her shoes a mix of stripes (right foot) and sparkles (left one). Gaga’s American-inspired ensemble paired nicely with the Blue Angels flyover and the large flag unfurled behind her, though one aspect left this writer questioning: The look was custom designed by Alessandro Michele for Gucci. Curious that Lady Gaga and her stylist, Brandon Maxwell, would ask an Italian brand to create a look that screams “Americana!”—especially when you consider Gaga’s longstanding relationship with Marc Jacobs, whose Spring 2019 collection might be the most American-influenced show in history.

So where were the Americans? You’d have to look down to see them. Coldplay’s Chris Martin wore Jordan Spizike sneakers, while Mars sported black Nike Cortez kicks. 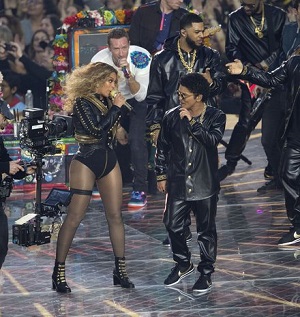