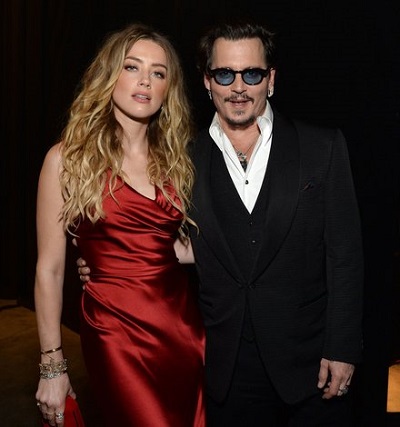 Awards season is in full swing in Los Angeles, celebrity spottings are even more frequent than usual and nary a facial appointment is available in town. On the eve before the Golden Globes, the Art of Elysium hosted their annual Heaven Gala with Dame Vivienne Westwood and Andreas Kronthaler as the creative visionaries. “Andreas made this dress for me in five minutes,” Westwood remarked about her ensemble for the evening. The husband-and-wife duo are also creative and sartorial partners. Wild Daughter, an East London–based punk band, performed onstage in the center of the room during cocktails, and as Amber Valletta, Christina Hendricks, Zendaya, and more filled the space, they quickly noticed that the bassist was wearing nothing but black leather briefs, completely baring his backside, and thigh-high black leather boots to match. Dree Hemingway even got up close and personal with the band to take a few photos on her iPhone.

After several songs and cocktails, guests were invited in to Heaven to take their seats at the plywood dinner tables blanketed in a tangle of flowers and greenery. Amber Heard and Johnny Depp cozied up next to one another while plates of salmon were passed around, and a dancer from the San Francisco ballet gracefully moved across the stage.

Meanwhile across town, Sean Penn, along with Bryan Lourd and Sean and Alexandra Parker, gathered a large group of friends together at the Montage Hotel in Beverly Hills to support his organization, Help Haiti Home. Justin Bieber, Suki Waterhouse, and Leonardo DiCaprio were all surprised when Madonna took the stage to perform “La Vie en Rose” on a ukulele that was sold at an auction later in the evening. The night drew to a close with another surprise musical performance by Tom Petty and the Heartbreakers, and everyone headed home to get beauty rest for their Golden Globes preparations the next day.