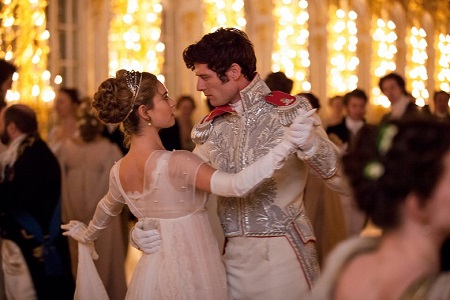 “It was always strange for my mother, because as a boy, I was never interested in toys or games,” says jewelry designer Petr Axenoff. “The most exciting thing was to visit palaces, or museums in St. Petersburg.” And those modern-day czarinas similarly obsessed with pre-Revolutionary opulence need look no further than the Instagram page of Axenoff Jewellery, where nostalgia doesn’t just glimmer, it gleams. There, you can find a silver tiara lined with blue topazes; coronet-shaped rings dotted with diamonds and rubies; and enamel-work in a technique that dates back to the 1760s called “Rostov finift,” with pieces painstakingly hand-painted to depict cherubs cavorting on a pearl-rimmed cocktail ring, or a pair of women’s eyes carefully fitted inside pyramid-shaped earrings surrounded by green agates. Russian architecture, baroque interiors, and oil portraits by the likes of Dante Gabriel Rossetti and Edwin Austin Abbey, cited as inspiration, are interspaced between the pieces to underline their place at the end of a long line of serious glitz.

And now the label is taking that same notion of czarina-ready glitz and glamour a step further and onto the set of an era-appropriate television show—the much-buzzed-about BBC series War and Peace. Tapped by costume designer Edward K. Gibbon to specially create pieces for the series, Axenoff Jewellery adorns cast members ranging from Lily James as Natasha Rostova to Gillian Anderson as Anna Pavlovna Scherer. “They wanted something truly Russian,” explains Axenoff over Skype. “That is why they like to collaborate with us, because we are a Russian brand and we feel the spirit—so we were a perfect match with them.”