The 11 Best Fashion Instagrams of the Week: Cara, Kate Hudson, and More 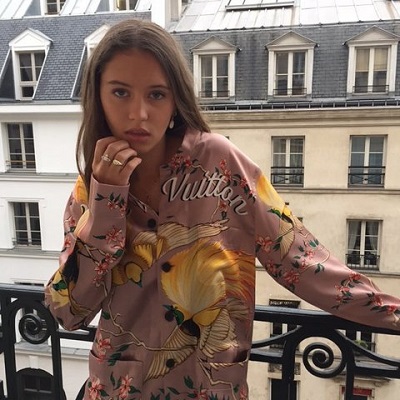 The 11 Best Fashion Instagrams of the Week: Cara, Kate Hudson, and More

No matter if you’re fluent in French or not, the style that was filtering in from Paris on our Instagram this week needed no translation. After all, the city played host to an international crowd for Couture Fashion Week, many of whom inflected distinctive French styles into their feeds. Iris Law, the young, pouty-lipped offspring of actor Jude, wore a silk Louis Vuitton pajama top to take the textbook—but nevertheless, stunning—Paris hotel balcony shot.

Kate Bosworth threw on a fuzzy long-line coat from one of France’s most storied fashion houses, Schiaparelli, to take in the romantic view of the Seine. Italian belle Margherita Missoni and Bianca Brandolini D’Adda momentarily had the best of both worlds twinning in matching couture looks by Roman-born, Paris-based designer Giambattista Valli. And Pascal Brault, who brought his own fashion pooch, Frickey, to Chanel’s show, fueled the growing—and très chic!—trend for front row canine companionship that Cara Delevingne ignited.