How Kendall Jenner Stays Grounded With 68 Million Followers and Counting 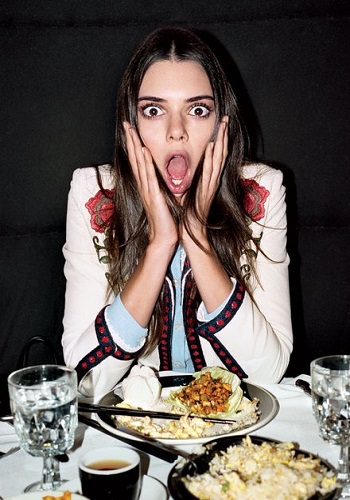 How Kendall Jenner Stays Grounded With 68 Million Followers and Counting

As her career shifts into overdrive, Kendall Jenner meets up with a few friends to talk about staying grounded—and making her brand bigger than ever.

Recently I happened to follow Kendall Jenner. Then I liked her. I should clarify that I followed her in the real world, not on Instagram, where most of the world follows her. I don’t have an Instagram account yet, but I am thinking of getting one, in part because of some of her comments on Instagram—meaning her actual comments to me, in real life. She showed me a couple of key strategies that make her the success she is on social media: With so many likes and tweets and retweets, refreshing @kendalljenner is a little like seeing the speedometer of one of the Formula One race cars that she Instagrammed herself watching in Monaco last spring. And FYI, it was no big deal, her sharing secrets. It was relaxed, natural, easy.

Because the second-to-youngest Jenner is like that: nice, easy to get along with, and I’m not alone in noticing this. “She is a very sweet person,” Karl Lagerfeld says. “Very caring and not at all spoiled by those superficial successes. I must say I love her.” I don’t know what you think of Kendall Jenner from watching her on Keeping Up with the Kardashians, her family’s tabloid reality show, but she’s calm and low-key in person, at least when she’s working—and as a model, she’s nearly always working.

I was following her, by the way, in order to get a handle on just where she is at the moment and to sit in on some meetings arranged for her around town—informational career interviews, you might call them. As for where she is, let’s face it: She is everywhere, especially in fashion, where she has managed to be a starting player right out of the gate, at 20. In her still very short career, she has walked the runway for Dolce & Gabbana and Balmain, and even closed a show for Chanel Haute Couture. Meanwhile, she’s started a clothing line, Kendall + Kylie, with her sister. Victoria’s Secret gave her its runway, Estée Lauder a chance to pick and choose an eye-shadow palette of her own—part of its new Estée Edit collection—and sure enough, the palette is full of the wearable neutrals she is known for, along with signature smoky-gray and black tones in matte and shimmer finishes that make for her trademark eyes. It all gives you a sense that, like her, you could look amazing in a flash, like the flash of a fashion photographer’s camera.

Last year, Estée Lauder launched a Kendall Jenner–inspired red-orange lipstick called Restless. “It was the number-one most successful lipstick on our Web site,” said Jane Hertzmark Hudis, group president of the Estée Lauder Companies. Sales were heavy from mobile phones. “She chose the name, and it sold out.”

Kendall Jenner in the chicest looks from the Spring runways: 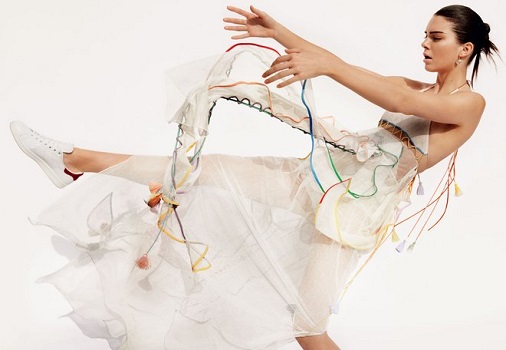